‘A Thread Runs Through It’ is a series of three large-scale works commissioned for a new health centre in Airdrie, Scotland and is part of a wider scheme involving illustrators, graphic designers and sculptors. The abstract compositions on linen draw on Airdrie’s past, reflecting aspects of paper-making, iron-casting, linen weaving and astronomy. Talks and workshops with local community groups will take place as part of the project. The textiles will be situated in the entrance and reception areas of the health centre, due to open to the public in June 2012. 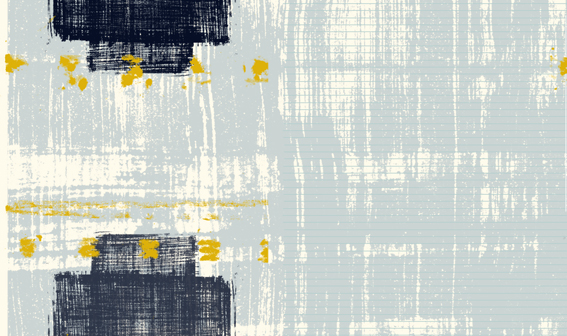