Joanna has had work selected for ’62@50′, the 50th anniversary exhibition of the 62 Group of Textile Artists at the Holden Gallery in Manchester. Exploring the idea of plotted routes, both internal and external, past and present, Resonance attempts to define patterns that may repeat over generations as well as the personal landscape as it constantly shifts. Painted and screen-printed on linen, the piece comprises 16 separate parts laid out in a grid. 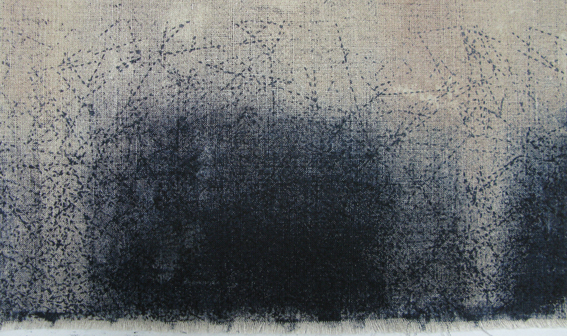